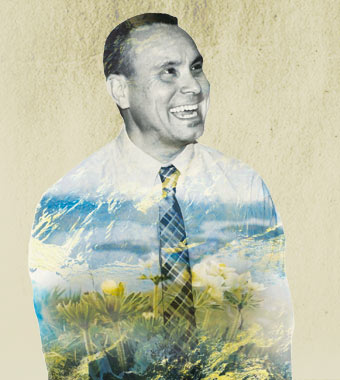 As a boy growing up in Sand Point, Dr. Gary Ferguson spent his days captivated by his grandfather’s storytelling and participating in a subsistence lifestyle, hunting and fishing with his father and uncles. He especially loved spending time by the ocean and was involved in as many extracurricular activities as possible, such as student government, basketball and cross-country running.

Dr. Gary, as he prefers to be called, has always had a special reverence for his birthplace and family. After college, he originally planned to return to Sand Point and work for the family business.

“As a kid, I aspired to be a doctor; however, I didn’t really have any local role models so it seemed like a pipe dream,” he explains. “Still, I couldn’t shake that desire.”

After spending several years working at his family’s contracting and equipment rental company, a serious car accident changed his outlook on life. “I had a flash of wisdom and realized that life is short and I needed to do what truly brought me joy. It was difficult to leave our family business and venture into the unknown, but I never looked back.”

An Aleut Foundation scholarship allowed Dr. Gary to attend National College of Natural Medicine, where he received a doctorate in naturopathic medicine in 2001. Dr. Gary uses his education to make a difference in public and community health. He especially focuses on policy, advocacy and education, where he often collaborates with nonprofit partners who help promote positive social change.

“The Aleut Foundation has blessed my life in many ways.  Not only did it help put me through medical school, it’s also enriched my professional life, as I’ve been a member of the board of directors for close to ten years. Through my service at The Aleut Foundation, I’ve seen it affect so many lives through its scholarship, burial assistance and cultural programs. It’s such an inspiration to me.”

Dr. Gary currently serves as director of wellness and prevention at the Alaska Native Tribal Health Consortium. He is also a naturopathic physician with a private practice in Anchorage. He is passionate about community service and wellness. “Serving people gives my life purpose,” he says. .“Through giving, I receive so much back in return.” Dr. Gary loves working with people, being outdoors and spending time with his husband Carlos and their three dogs. 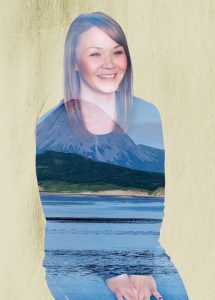 Tiana Lestenkof, The Aleut Foundation’s (TAF’s) executive assistant, was raised on Saint Paul Island, where she grew up in a busy home with two older brothers and one younger sister. As a child, Tiana was always encouraged to pursue her dreams, even if it meant leaving her close-knit community. Tiana’s independent spirit eventually led her to apply to Mt. Edgecumbe High School in Sitka, a public boarding school with rigorous academic standards. There, she thrived in the diverse environment.

After graduating a semester early, Tiana moved to Anchorage in search of job opportunities. Wary of the large amounts of student loan debt that her friends were facing, she didn’t immediately enroll in college. “I didn’t want loans,” Tiana emphasizes.

Tiana’s brother was the first in her family to receive support from TAF. Her mother followed suit and received her associate’s degree with the help of a TAF scholarship.
“My mother inspired me to pursue higher education,” Tiana says. “After she graduated, she got a job that she really loves.”

Tiana is currently enrolled in a bachelor of business administration online degree program through the University of Phoenix. She draws inspiration from her mentor, TAF Executive Director Cynthia Lind.

“Seeing Cynthia’s drive and passion every day, it teaches me so much. If TAF didn’t provide this support, I never would have started school,” she explains. I love helping people. I never knew that about myself before I started working for TAF. “I want to continue helping people, in whatever capacity I can, whether it’s people from my community or other students who are looking for education opportunities. Attending school and having a degree will enhance my quality of life. It gives me tools to better myself while helping others.” 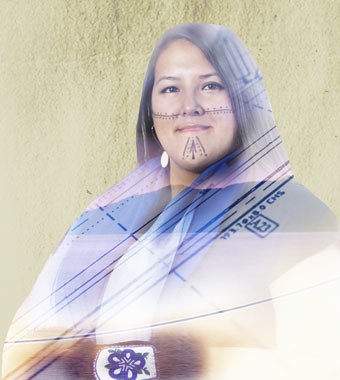 Growing up, Michele Yatchmeneff excelled in math and science but wasn’t sure how she could most effectively leverage her talents to build a strong career. She briefly toyed with the idea of becoming a doctor, but realized her true calling during her undergraduate studies at UAA. “I ended up getting my undergraduate degree in civil engineering because I wanted to help Alaska Native communities gain access to water and wastewater systems,” Michele explains. “At the time, about 30 percent of the communities in Alaska didn’t have running water.”

Michele worked for a few years as a civil engineer while simultaneously pursuing a master’s degree in engineering management. Afterwards, she accepted a job with the Alaska Native Science & Engineering Program (ANSEP) at the University of Alaska Anchorage (UAA). ANSEP exists to “effect systemic change in the hiring patterns of Alaska Natives in science and engineering by placing students on a career path to leadership.” Its mission is close to Michele’s heart.

“I realized I could have a much larger impact on helping Alaska Natives by working to make more engineers and scientists who could go back to their communities and make decisions about how best to manage natural resources,” she says.

Although she attended school in Anchorage, Michele and her family hails from King Cove and False Pass. She credits her mother with inspiring her as a young child to work hard and pursue her dreams. “My mom was constantly moving up in her career and was an excellent role model,” Michele says. “She was always in management positions. I always looked to her for advice on my career.”

Michele fell in love with being an educator after teaching several “Introduction to Engineering” courses at UAA. She initially didn’t plan to pursue a Ph.D., but realized she would need to further her education if she wanted to become a full professor and continue her work at ANSEP.

Michele recently received her Ph.D. in engineering education at Purdue University. In August 2015, she began her career as UAA’s first female Alaska Native professor of engineering. She also continues to advise students at ANSEP. “I’m passionate about education. I want to be the best professor and advisor I can be, and that means I need to keep reevaluating what I teach and how I’m teaching it so that my students are successful when they go on to become engineers,” Michele says. “I’m also passionate about helping Alaska Natives. I think working at ANSEP helps me marry these two passions.” 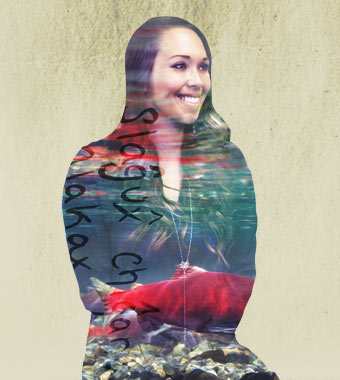 Haliehana Stepetin is an accomplished Navy veteran, a college student, an athlete and an artist who has even bigger ambitions for the future. The last person ever born on Akutan Island, she grew up living a subsistence lifestyle and developed a strong reverence for the ocean and the outdoors.

“Growing up, I always looked up to my mom, my dad and my aunties and uncles,” Haliehana explains. “My aunties are such strong women, who overcame so much in their lives. Some even experienced the horrible relocation camps of World War II in Southeast Alaska. I look up to them for being good role models and showing me the Unangax way to be, and how to be a strong, independent woman.”

She also has strong ties to her cultural roots and especially to Unangam Tunuu, the Aleut language, which she began learning in elementary school in Unalaska.

“Moses Dirks is an inspiration and role model to me and has been ever since he first introduced me to Unangam Tunuu back in Unalaska,” Haliehana says. “He has mentored me since I came back to Alaska in 2013, taking time out of his busy days to work with me on the language each week.”

The former Navy gunfire controlman, who graduated from Alaska Military Youth Academy in 2008, hopes to become fluent and one day teach the language herself. First though, she’s finishing her bachelor’s degree at UAA in International Studies with a concentration on Russian and minors in Russian and anthropology. She’ll graduate this spring.

In addition to her academic ambitions, Haliehana is also passionate about dancing and is a member of several dance groups from different cultures. She enjoys composing and choreographing dances and songs, and creates performance art pieces in collaboration with other Alaska Native artists. She may one day make a full-time career out of her artwork, but for now she primarily focuses on finishing school.

“My next big challenge is deciding what I want to do after graduation,” she says. “My goals so far include studying abroad during the summer of 2016 in Russia, applying for the Fulbright Scholarship for the following fall to teach English in Russia and applying to graduate schools.”

Haliehana’s outlook on achieving success is simple. She credits hard work, high aspirations and a strong support system. “Being successful and doing what you want to do is all about setting goals for yourself and not settling with where you are, but knowing you can always go further and you can do anything that you put your mind to. It takes hard work and motivation, but when you have a support system of people who inspire you and give you reasons to believe in yourself, nothing is impossible,” she says. “My dad and my mom have been my inspiration my whole life, and all of my family members.”