BOARD OF DIRECTORS AND STAFF Director Kathy (Dushkin) Griesbaum is originally from Nikolski, Alaska. Kathy graduated from Mt. Edgecumbe and attended the University of Anchorage and Fairbanks. Kathy has three sons and currently works as program coordinator for the Southcentral Foundation in the Maternal Child Health Department. She worked for The Aleut Corporation for six years as executive secretary and later as Director of Shareholder Affairs. She was a small business owner in Anchorage for five years. Director Jessica Borenin is originally from Akutan, Alaska. Jessica has been on The Aleut Foundation Board of Directors since 2007. She has worked at the Aleutian Pribilof Islands Association, Inc. since 2002 and is currently the administrative assistant for the Administration Department. Jessica supports TAF’s mission and encourages further education and cultural preservation of our people. 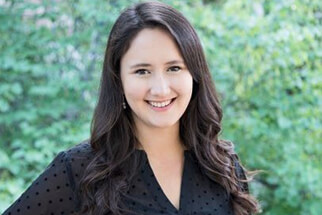 Mary is from Spokane, Washington and currently lives in Eire, Colorado. Mary has her Master’s in Education Equity and Cultural Diversity from CU Boulder. She started her career at CU Boulder working for the McNeill Academic Program as a graduate assistant and currently as is an Academic Advisor for the Leeds School of Business. Previously, Mary worked with Native American youth in Southwest Colorado creating programs that focused in leadership and career development. 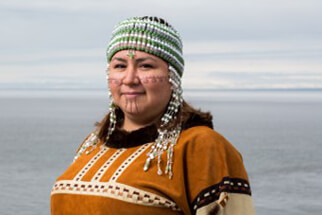 Crystal Kdam Idigaa Dushkin is from Atka, Alaska, the daughter of Michael E. Swetzof of St. George Island and Unalaska, and Sally Swetzof of Atka. She is a graduate of the University of Alaska Anchorage with a B.A. in Anthropology. Crystal lives in Atka with her husband William J. Dushkin and their three children, where she serves as the Mayor for the City of Atka, as the Behavioral Health Aide & Community Wellness Advocate for the Aleutian Pribilof Islands Association, Inc, and the Director of Cultural Affairs with the Native Village of Atka (Tribe). Through her position with APIA and with the local Tribe, she teaches Unangam Tunuu (Aleut language) in the school and works with a regional language team on the Unangam Tunuu Revitalization Project. Through her position with the Tribe, she has also overseen and coordinated the development of an annual summer Culture Camp held in Atka, Niigugim Tanasxaa, that also welcomes youth and adults from other villages in the region. In addition to The Aleut Foundation, Crystal serves on the Atka City Council, Atka IRA Tribal Council, Chair of the Atxam Corporation Board of Directors, the Aleutian Pribilof Islands Restitution Trust, and is the Atka Delegate for the Alaska Native Industries Co-operative Association. She has also served on the Aleutian Region School Board. Crystal is a strong advocate for education and the perpetuation of Unangax language and culture. 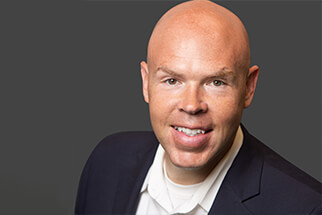 Michael Jenks’ family is originally from Atka, Alaska, his grandmother was Alice Petrivelli. Born and raised in Anchorage, Michael honorably served 4 years as a Combat Engineer in the United States Marine Corps. He then earned a Bachelor’s in Social Science followed by a Master of Business Administration degree. Michael currently works as a Realtor for Berkshire Hathaway Alaska, Stay at Home Dad, consultant for Southcentral Foundation, founder of Anchorage Dads Group, and owns a last mile delivery business in Phoenix, AZ. 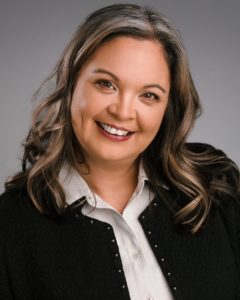 Colleen Dushkin lives in Anchorage with her husband and two children. She currently serves as the Executive Director for the Association of Alaska Housing Authorities, a 501(c)3 membership organization that provides advocacy and education for state and national policy issues, and training and technical assistance to increase capacity of Tribes and Housing Authorities across the state and Hawaii. Colleen was elected to The Aleut Corporation Board of Directors in 2018.

Interested in becoming a Board Member: Apply by August 17th, 2022 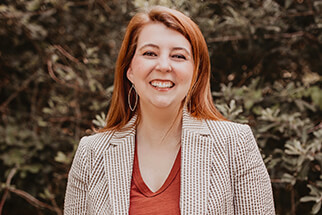 Julie Toomey was born and raised in Kenai, Alaska, and is the daughter of Jim and Joanne Jenckes (Mack). Julie is a tribal member of the Agdaagux tribe of King Cove and enjoys visiting her grandmother who still lives there. Julie was a scholarship recipient of The Aleut Foundation and holds a degree in applied linguistics from Trinity Western University. She was a teacher in South Korea and Hawaii before starting her own business in Seattle with her husband. Her business provided her with a decade of  executive experience prior to coming to The Aleut Foundation.